The Unexpected is a double exposure film photography project that I first started in June 2013. I would shoot a roll of film, rewind it all the way to the beginning, and reload the same roll and shoot on it again. Hence the entire roll of film will be exposed twice and I have no control over the overlapping images.

Why am I doing this project?

I love the excitement in me while shooting and trying to guess what the outcome will be. Shooting this project on film makes it almost impossible for me to influence the outcome yet I eagerly wait for the outcome. I become like a little kid waiting excitedly for his birthday present. The final results may not be a super sharp and well composed image, but who cares. Again, I love the excitement, the anticipation, something to really look forward to.

When we were a child, we seemed to be born a great artist who used our pencils and crayons freely and expressed ourselves without having to worry about what people think about our creations. We just loved what we did and would proudly show it to our parents. I want to be that child again once a while, a child that is not afraid to draw that first line and then another line and then a circle until you see a shape and another shape and then you start giving them colours. 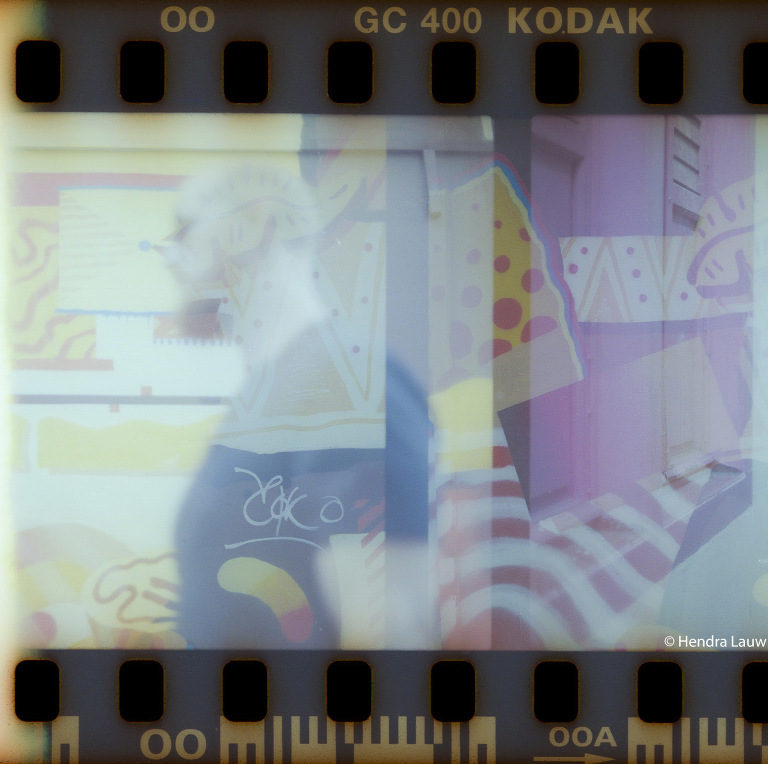 I shot the images here using the Olympus OM-1N camera and Olympus Zuiko 50mm f/1.4 lens on Kodak UltraMax 400 film. I scanned the film using my old trusty Epson 2450 scanner. I like to scan my film to include its sprocket holes. I can see what film it is and they just look more artsy. When choosing the images, I do not constraint myself to just look at individual frames as there is no individual frame anymore. I just look at the “story” created by the overlapping images and choose the ones I like. 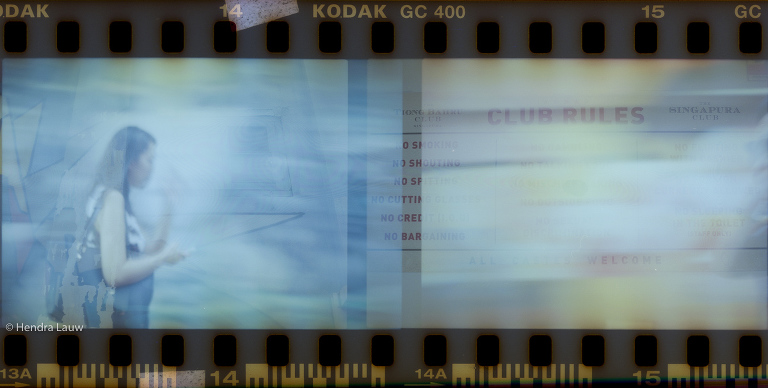 This is still an on going project and I have some new ideas to make this more exciting in the coming weeks. Stay tuned. Check out the first post from June 2013 here.