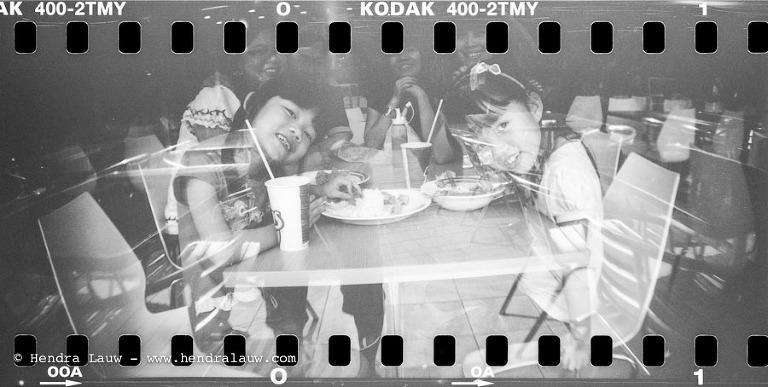 I loaded a roll of black and white Kodak TMax 400 film into my Sprocket Rocket lomo camera about 2 months ago when I was in Bandung. Didn’t finish it until last week when I brought it to Geylang Serai at night. In between I shot few images in Bugis and City Hall areas. I love the panoramic format of this plastic camera, but watch out for the lighting though. It needs a lot of light. I only got few keepers from this roll.

The above was shot in Bandung from outside of Texas Fried Chicken restaurant through its glass window, hence you can see some reflections in the photo. The one below was shot somewhere along the Waterloo Street. It was a hot and bright day, hence the better exposure as you can see. 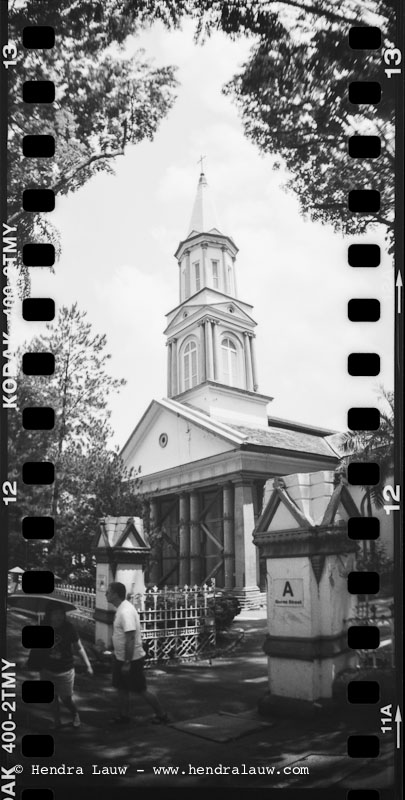 And only one from Geylang Serai last week.