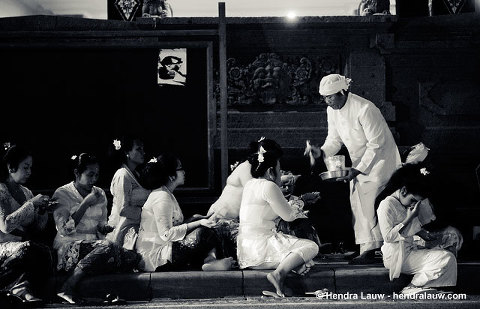 Odalan is a Hindu ceremony in Bali to celebrate the anniversary of a temple. Based on their traditional calendar, it is celebrated every 6 months, or to be exact, every 210 days. The one I saw above was at the Legian Kaja temple at Legian, near Kuta. Unfortunately I was not allowed to go inside the temple. This could be different from one temple to another though. I read before that some temples allow visitors to come in during the ceremony. So I was only shooting from the road side just outside of the temple. Good thing that the temple was full and some worshipers had to sit outside, so I could shoot some activities.

The atmosphere was festive. Women came in their nice ‘kebaya’ and children were chatting and giggling. Some men who have finished their prayers earlier chose to sit outside of the temple so to allow others to be inside. 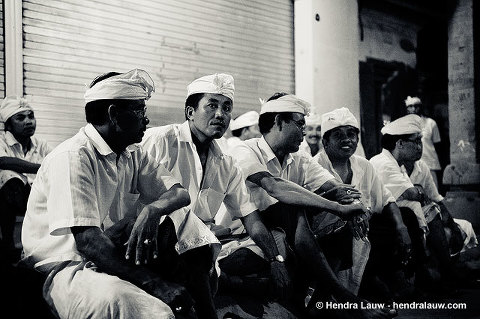 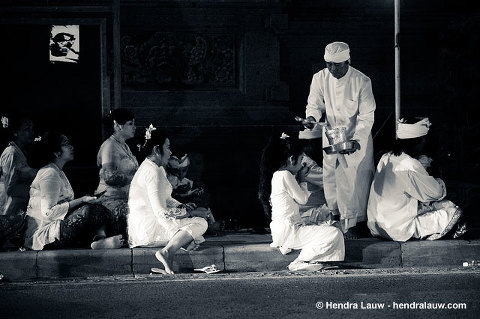 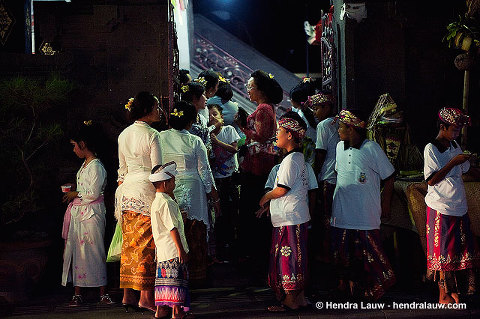 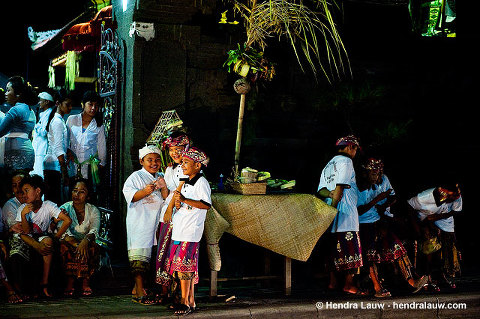 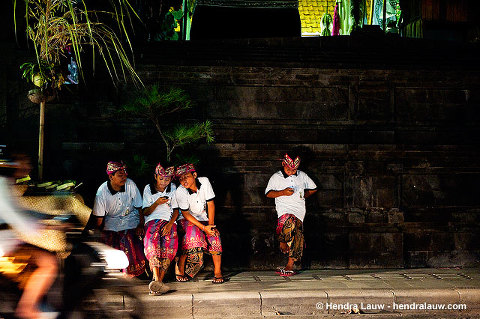 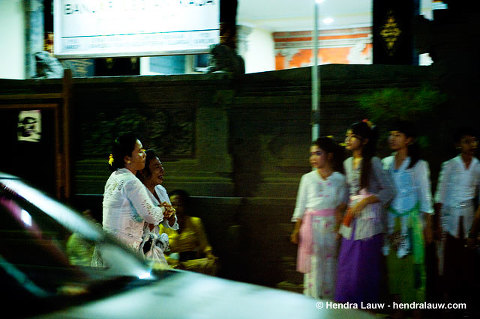 I curiously asked one of the worshipers if I could suddenly went into a trance as well by watching and standing close to them. He confidently said “no way”. That wouldn’t even happen to him, he said. He went on to say that only certain people have the ability to go into a trance.