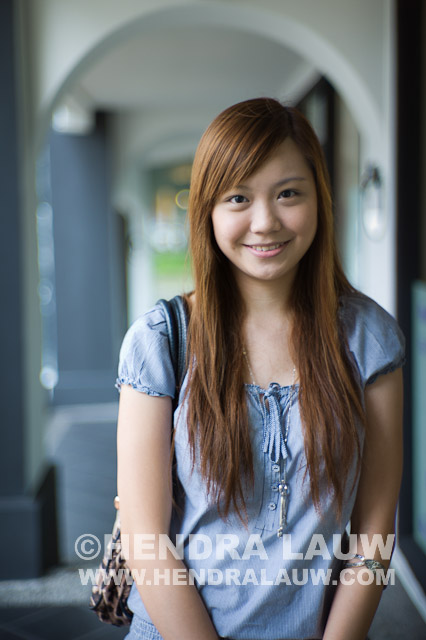 Her name is Encarni and she is my stranger no. 11. She is from Singapore and does not work at An Siang Hill. OK, I am cheating a little bit here. When I started this project, I told myself that I needed to know at least three things about my stranger.

When I met her, she was walking with her friend at An Siang Hill. I initially wanted to just take the picture of both of them together as my no. 11. From the look of it, her friend was very suspicious of me from the time I introduced myself.  🙂 Understandable as I was stranger to them too. But Encarni continued to be friendly and talked to me as I explained about this photography project of mine. So, I got her name, where she was from and I need one more. That’s when I asked if she worked at An Siang Hill and she said, no. I wanted to ask more questions, but with her friend being suspicious of me (at least I thought she was), I decided not to, otherwise she may call 911.   🙂